Another fantastic season culminated in a thrilling finals day held at Reading Cricket Club. Both of Warfield’s Under 12 girls teams, the Wrens & Robins, had already sewn up the Berkshire East Division 1 and 2 league titles respectively, and had therefore qualified for the Platinum and Silver competitions yesterday. After finishing runners up in the county final in 2018, we aimed to go one better and take the Berkshire County Title!

Competing in the Silver group, the Robins got off to an excellent start on the day with a ​37 run victory over Peppard & Stoke Row, aided by a brilliant 38* from Daisy Clifford! A second victory soon followed with a 15 run win against Berkshire West 2nd Division champions Kidmore End. Highlight of the match was Lucy Todd's three wickets! Our final match of the tournament was against Purley on Thames. A nerve-jangling thriller ensued that saw the Robins claim a dramatic victory with a run out off the final ball!

The Wrens began the day against Henley, and a first ball of the game six from Elizabeth Lee set up a comfortable 43 run victory. A 21 run win against West Ilsley then set up a winner-takes-all match against Pangbourne & Whitchurch. After the agonising defeat in the final last year, the Wrens held their nerve superbly, emerging winners by 5 runs! Four seasons after formation, the Wrens are now Berkshire Girls U12 county champions! 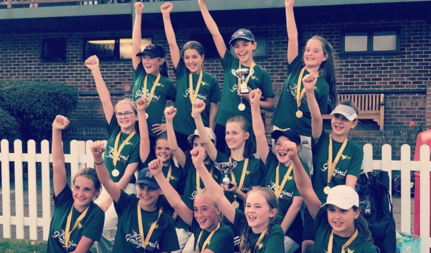 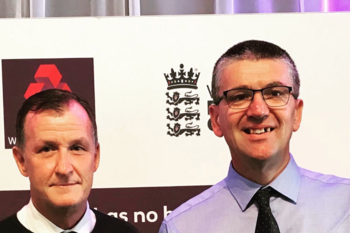 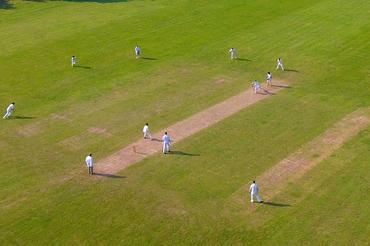 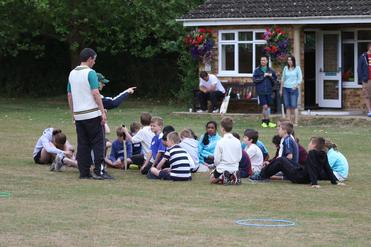 Warfield CC were proudly represented at the NatWest Outstanding Service to Cricket Awards yesterday, with Chris Martin and Graham Morris up for the 'Heartbeat of the Club' and 'Lifetime Achievement' national awards!

Chris and Graham had both been nominated by the Berkshire Cricket Foundation for the OSCAs. Chris has been at the heart of the club since he joined in 2010, winning the Warfield CC Clubman award a record five times during his tenure. He has held several positions in the club including Groundsman, Chairman, Midweek Captain & Junior & Ladies Cricket Coach, whilst also being an integral part of various club projects such as fundraising for new ground equipment and the upcoming 2020 celebration to mark our centenary year at the Memorial ground. Chris is at the heart of everything at Warfield CC and this nomination was a very fitting tribute to all his hard work and dedication to the club over the years! Graham has the most appearances in club's history (680) after joining in 1992. Since then, he has been the bane of many opposition batmen, winning countless bowling awards over the years! After bringing up his thousandth maiden over in 2015, he took his thousandth club wicket against Shinfield earlier this season.

The ceremony was hosted at Lord's Cricket Ground by Test Match Special's Charles Dagnall, with England's Chris Woakes presenting many of the awards. During the day we met some incredibly inspirational cricket lovers from across the country with fabulous stories of what they had done for their clubs. Unfortunately neither Chris or Graham won their respective categories, but it didn't really matter! It was a wonderful day out and a great time was had by all! ​ 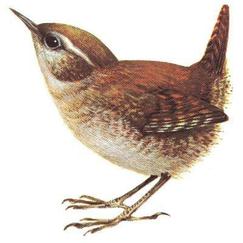